why Context is Everything 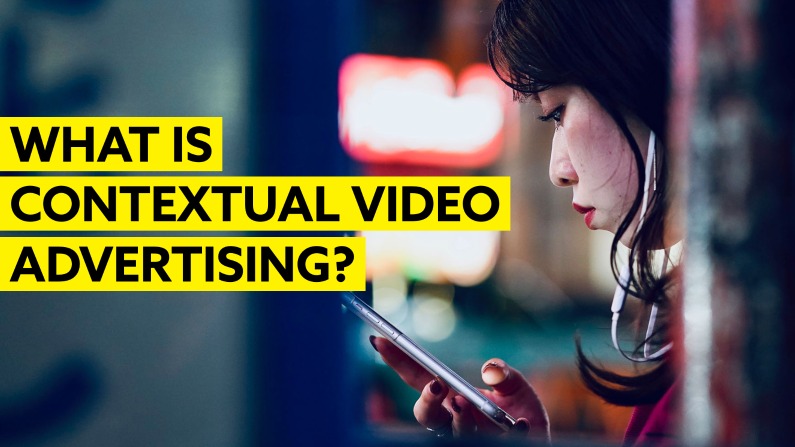 What is Contextual Video Advertising?

E.g. a Nike running shoe advert served before a piece of video content about running.

Great advertising has always been about delivering the right message, to the right person, at the right time.

Contextual video advertising delivers on all three of those considerations.

Before the advent of programmatic advertising buying and 3rd party tracking cookies, contextual advertising was a popular tactic used by brands to ensure that consumers paid attention to their advertising.

When the use of 3rd party cookies became popular, the industry started to focus more on 'the right person' and less on 'the right time' as advertising campaigns would follow people around the internet, irrespective of the content they were consuming at the moment the advert was served.

This means that contextual video advertising is 'having a renaissance', as Max Willens at Digiday put it.

Once again, with the help of 1st party data, brands will be balanced in their pursuit of delivering the right message, to the right person, at the right time.

Consumers are bombarded by far too many commercial messages to merit conscious attention to them all.

Human attentional filters are designed to subconsciously filter out all of the stimuli that are irrelevant to us in that moment, so we are able to focus and pay attention to what is deemed relevant.

Anything that is not deemed relevant or interesting in that moment is blocked out before it hits our conscious mind. So serving a video advert for car insurance to somebody reading about golf is less likely to get their attention, because it is not relevant in that moment.

Contextual advertising works by appearing relevant to the consumer in that moment, based on the content they have actively chosen to read or watch.

Three groups of people were tracked:

Group one saw a video advert about coffee that was not contextually targeted to the article or the video content within that article.

Group two saw the same video advert about coffee, but this time the words in the article were about coffee. The video content placed within that article however was not about coffee for this group.

Group three saw the same video advert about coffee, but it was contextually matched to both the words in the article, and also the video content placed within that article.

79% of people in group one paid attention to the video advert.

85% of people in group two paid attention to the video advert.

95% of the people in group three paid attention to the video advert.

How does contextual video advertising work?

Artificial intelligence (AI) technology reads video and its metadata, which then automates the understanding of content and context for every video on a publishers site.

With that rich understanding, advertising targeting and brand safety requirements are matched to contextually relevant video content at scale, across publishers globally.

The result is contextually relevant advertising environments which are proven to command more consumer attention.

Most word scanning technologies on the market today are good at scanning webpages for content, but they cannot read video. To these technologies, video content is an unreadable black box on the page.

This creates targeting and brand safety concerns for advertisers, because the video content on a webpage is not necessarily the same as the words.

Used correctly Artificial Intelligence can read videos automatically and at scale, giving both publishers and advertisers 100% confidence that the advertising is both contextually targeted and brand safe.

How are contextual video ads implemented?

With 3rd party cookies being phased out,  contextual targeting can be blended with 1st party data, so an advertiser knows they are delivering the right message, to the right person at the right time.

How does an advertiser control where video ads are played?

Advertisers can buy video advertising directly from publishers who have the correct technology, typically via a private marketplace (PMP).

How to measure the success of contextual video advertising

Some advertisers consider the percentage of a video advert that is watched as a success metric (view through rate), others look at the number of people that clicked on a video advert (click through rate or CTR), and some use a brand uplift service which measures attitudes towards the brand after the campaign and measures it against a control group of people who did not see the advert.

Publishers - our AI technology is embedded in over 1,000 publishers globally, and it helps them to automate the process of displaying a contextually relevant video within every article. This leads to a financially significant jump in in stream video plays, which can then be offered to advertisers.

Brands - we work directly with advertisers who wish to buy contextually relevant video inventory at scale. With one deal, brands are able to automate the process of finding the contextual corners of the internet where consumer attention will be the highest for their brand.

Content owners - we have a huge library of professionally produced, broadcast quality video which enables publishers to always have the right video ready. Content owners achieve a higher distribution as a result of working with us as well as a recurring, automated revenue stream.